Imagine yourself deep in the rainforest of British Columbia. Among the ancient forests and deep fjords, you find yourself immersed in a menagerie of bears, wolves, whales, and a collection of forest-dwelling creatures reminding you that you’re miles away from the concrete jungle. It’s rare enough to be surrounded by such natural beauty, but what you really don’t expect to find in this Canadian paradise is a wildly successful entrepreneur.

You’re more likely to stumble across Bigfoot than an actually-made-it business builder in these parts. That’s exactly why Tim Irvin’s story is so amazing.

But, on the other side of the coin, it’s the same old journey of a regular person successfully building a business around something they care about. Grab a hearty snack and get cozy. This’ll be a fun one.

Tim Irvin was a conservation biologist. After more than 10 years working in the wilderness conducting wildlife research and working as a wildlife photography guide, he secured a job with the British Columbia Ministry of Environment. He figured it would be a good idea to finally “go where the decisions are being made, to have a greater impact on wildlife conservation.”

…or so he thought…

This new government job provided a great set of learning and growth opportunities. As time went on, the itch to be out of the cubicle and back in nature became harder and harder to deny. After years of placating this itch, enough was enough; it was time to get scratching.

“It just didn’t feel like the right fit for me. Spending my days in a cubicle just wasn’t exciting…and I needed more excitement.”

In a whirlwind, Tim pulled the trigger and quit his job to pursue that new and exciting thing. He just didn’t really know what it was going to be yet.

A friend recommended The 4-Hour Workweek by Tim Ferriss which introduced him to the world of the entrepreneur. He started reading and learning from people like Ramit Sethi and Think Traffic (now known as Fizzle’s blog, the Sparkline). Finally, he felt his wheels start turning.

He jumped around from idea to idea without gaining any traction.

“I really wanted to do something that was my own—to have some autonomy—but I was really struggling to figure out what that thing would be and how to do it.”

It took trial, error, and considerable time immersed in all the new concepts he was learning. And then, the revelation: The answer lay right at his feet.

“Tim, you’ve got more than 10 years of experience guiding trips in this extraordinary part of the world where people actually want to go. You already have all the experience necessary to execute the trips. You just need to figure out how to attract people and get them to hire you instead of somebody else.”

He quieted the noise blaring from the passive-incomers, million dollar launchers, and “hustle-your-face-off” social media personalities. Tim realized he didn’t need a shortcut or a scheme of any sort to serve as his “unfair advantage”. His experience was his x-factor.

A seed of confidence and clarity began to sprout.

With enough time and effort, he was able to see some results building a referral business connecting travelers with tour guides. It seemed like a good opportunity and fit his experience. He was able to get his idea off the ground and start making a little money.

Tim had found a bit of traction and his business was beginning to levitate. But once again, he was sitting behind a desk, bored. Answering emails paled in comparison to the thrill of leading adventure seekers on trips, coming face to face with bears and soaking in the wild beauty of the Great Bear Rainforest.

Tim found himself wondering what he could do to find that elusive entrepreneur lifestyle that he kept hearing about and was desperately seeking. This dissatisfaction started the shiny object spiral and the traction began to slip.

Remaining the constant learner he stayed open and observant always looking for opportunities and new skills.

He recalls taking a note while watching a Fizzle course:

“I’m committing myself to the value of the execution of my ideas more than the ideas themselves.”

This sparked a cascade of insights highlighting the importance of action.

“Don’t be excited about your own ideas. Who cares about your ideas? It’s how you execute that matters.”

He began to notice a shortcoming in the other tours offered in the Great Bear Rainforest. Most guiding companies would spend a day or two trying to find a rare subspecies of black bear that is actually white. Known as a spirit, or Kermode, bear there are perhaps only 200 in existence. Nature lovers and wildlife photographers dream of seeing one with their own eyes. But one day searching is simply not enough. Might there be some people who would rather spend several days focusing on finding these fantastical furry friends?

“I saw a little niche nobody was really filling. And I already knew the very best person to partner with – a local Indigenous man, named Marven Robinson, known as the “spirit bear whisperer,” who is also the gatekeeper to the best spirit bear photography locales.” 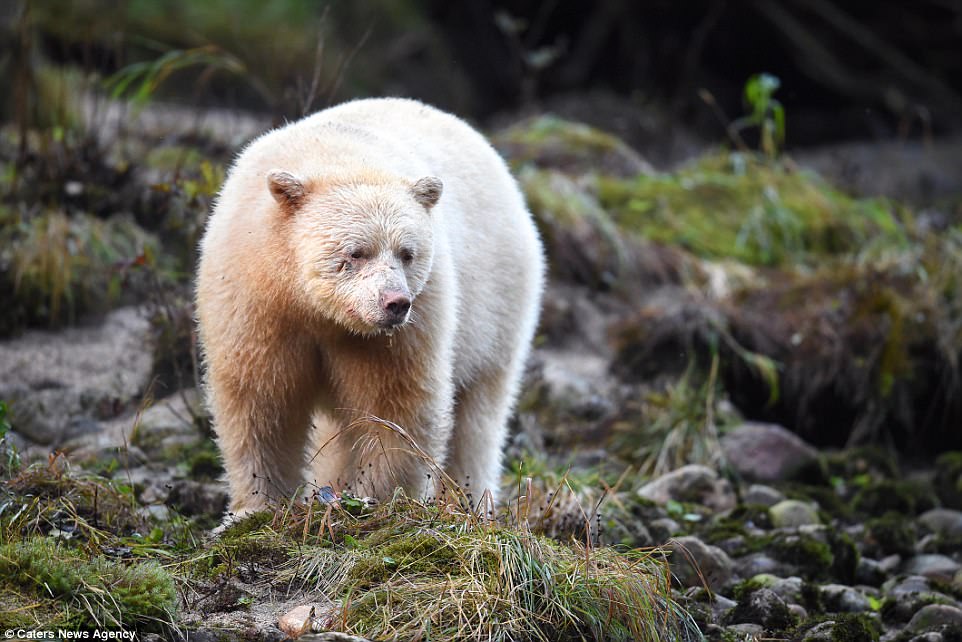 Tim got to work on his experiment. He asked Marven if he could bring a group of photographers to his community for a week and co-lead a spirit bear photography tour with him. With Marven’s approval Tim managed to fill a tour of six travelers—effectively proving that people were, in fact, willing to pay for this niched idea! It was a win-win-win. The guests had the experience they craved, Tim was back in the field doing what he loved, and Marven had a new group of people spending money is his community.

“This was a real breakthrough, but I didn’t have any idea how things would snowball from there.”

Now, success didn’t exactly explode overnight for Tim. There was still a long road ahead of him, but this time it felt different. He was able to revive a part of himself that he deeply cared about in his “guide persona.” He found that gear of motivation few of us know exists until we find that thing that truly excites.

The growth was steady, and Tim continued to learn and add to his entrepreneurial toolkit year over year. As it turned out, Tim and Marven had complementary skill sets and knowledge that has made their partnership more successful than either of them could have been on their own. With more work, the demand for their tours just kept growing and gushing testimonials from clients poured in.

“It kept growing beyond what I had imagined was possible and I had a really hard time even keeping up with it.”

What had begun with the intention of a fun side gig had now grown into a thriving tour business. It now provides unforgettable adventures to nearly 100 people per year, generates enough revenue to support Tim’s family and has provided a major boost Marven’s business too. Tours are sometimes selling out a full year in advance!

The momentum Tim has built in his business has allowed him to begin bringing on assistant guides. Most importantly, by partnering with Marven his business is supporting local employment in Marven’s community, while putting a value on intact ecosystems and wildlife populations. This is something Tim cares about deeply.

“This business is providing for my family but it is also helping to support wildlife conservation and sustainable economic development in a remote Indigenous community of 200 people.”

Reflecting back on his journey and the years of trial and error, Tim has identified the most valuable learnings and hard-earned wisdom that helped him get over his roadblocks:

As Tim continues to evolve, he frequently reflects on how far he’s come.

“I left a secure job with a good salary behind. There were some really lean years afterwards that were hard on me. I just didn’t feel a lot of possibility in my life at that time and I got pretty depressed about everything. Things are really different now. I still feel scared sometimes, but just five years ago I was really scraping by, living hand-to-mouth and saving nothing.”

Since his first year in business Tim’s revenue has grown by 2,500%. He’s far from the end of the road and has more opportunity in front of him than ever before.

“This venture has changed my life profoundly. Now I feel so much more alive and life is full of potential. I am supporting my family doing something that I care about, while making positive contributions to nature and other people. That feels good, and I can see so many ways I can create even greater mutual benefit.”

With this attitude things will escalate from here. Though maybe the path was a bit winding, Tim stayed committed to his vision and found both his calling and his identity. In the process he solidified the truth behind a hope he had early on:

“Anyone can be an entrepreneur.”

Have Blog, Will Travel: Tips For Blogging On the Road
Save Your Business from the YES Monster: Learn How to Say NO Effectively (FS299)