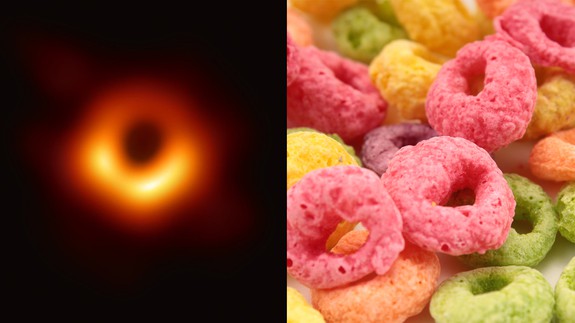 On Wednesday, the National Science Foundation and the Event Horizon Telescope group unveiled the first-ever image of a black hole. Compiled from five petabytes worth of data captured by eight telescopes around the globe, the image is a scientific feat, a marvel, an arresting glimpse into a part of the universe never before seen by mankind.

It also looks like a bagel dipped in lava!

Because all anyone seems to be doing on Twitter is pointing at the black hole and whispering “SpaghettiO,” we’ve compiled a list of other items the black hole has brought to mind.

SEE ALSO: Black hole gets welcomed to the Earth with memes Read more…

Three things cannot be long hidden: the sun, the moon, and the truth.
Buddha